In Belgium as well as in the international jazz scene, trombonist and composer Nabou Claerhout is named as “definitely one to watch out for”. With her fresh compositions and innovating sound, she was already a guest at the online edition of Leuven Jazz 2021, in an exclusive Blind Date with Lynn Cassiers.

Her NΔBOU quartet is also a breath of fresh air on the Belgian jazz scene, thanks to their original line-up of trombone, electric guitar, double bass and drums. On the trombone, Claerhout is looking for a sound all her own: using of all sorts of effects, she creates a dreamy musical framework with a strong atmospheric and melancholic resonance.

After their first outing with debut EP Hubert (2019), the band is refining that special sound further on their first full album You Know (October 2021). Lush and intimate sounds are alternated with strongly rhythmically based compositions, while groovy bass riffs from Trui Amerlinck, Mathias Vercammen’s elaborated drum patterns and the modern, virtuoso guitar play of Roeland Celis play their part as well in this musical adventure full of highlights – all created in combination with Claerhout’s distinctive trombone playing “that sings, cries, pulsates, tells and knows how to make many hearts week through well-constructed contemporary pieces”.

Already at a very young age, the virtuoso saxophonist Lakecia Benjamin appeared on stage in the company of jazz greats such as Clark Terry, Reggie Workman and Rashied Ali. Later on, she performed with the likes of Stevie Wonder, Alicia Keys, The Roots, Anita Baker and Macy Gray, before starting her own career. Her energetic jazz style is packed with influences from funk, R&B and soul, and often comes with a social or political message (for instance on Rise up (2018)).

In March 2020, the charismatic musician and bandleader released her third album Pursuance: The Coltranes (Ropeadope). The album pays homage to maestros Alice and John Coltrane and furthers their message of the improvisational artform. In their music, Benjamin finds a mystical, underlying spirituality that she incorporates into her album: “They wrote songs for Indian gods, for the god of Christians and Muslims. Their ideology was that all religions are one and that we are all one with God”.

For her concert at Leuven Jazz 2022, she chooses a pure and dynamic quartet setting, composed of … 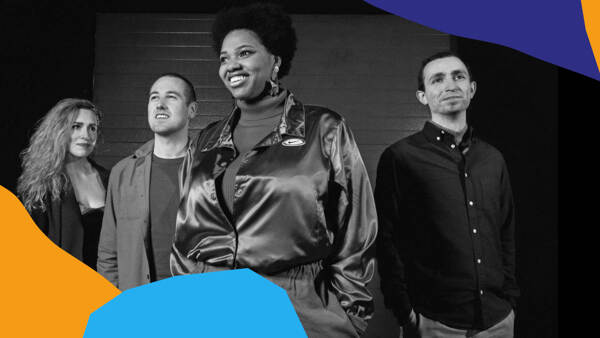