Upon payment, you'll receive the concert link via e-mail.
You can enjoy the concert until 48 hours after the live broadcast.

Fresh, contemporary and intelligent jazz recorded at the Steiner School in Wijgmaal (Leuven).

Pianist Eve Beuvens will deliver a varied and accessible programme with original compositions, as well as pieces by Thelonious Monk and Duke Ellington.

The concert is preceded by an interview (in Dutch) with Marc Van den Hoof, the former jazzman at Radio Klara.

All proceedings of the concert will go to the expansion of the secondary school at Steiner.

Eve Beuven started off wanting to play the double bass, but at 13 she switched to the piano because it seemed to require less effort!

She was drawn to jazz straight away and started taking lessons with Nathalie Loriers. After a philosophy degree, Eve entered the Royal Conservatory of Brussels, studying with Diederik Wissels, John Ruocco, Kris Defoort, Garrett List, and John Taylor. She graduated in 2005.

Her first CD, 'Noordzee' ('North Sea'), was released by Igloo in 2009. This debut recording showcased her strengths as a and composer untroubled by clichés and a versatile, multifaceted pianist. Critics were pleased and surprised by the freshness and fluidity of her performance style, which audiences appreciate for its poetic intensity.

In 2014, having been given free creative rein ahead of the Gaume Jazz Festival, Eve founded the Heptatomic septet, playing with Laurent Blondiau, Grégoire Tirtiaux, Sylvain Debaisieux, Benjamin Sauzereau, Manolo Cabras, and her brother Lionel.

Since 2010, Eve has collaborated with the Swedish saxophonist Mikael Godée, first as a duo, then in a quartet. The group has an impressive list of performances in Sweden and Belgium under its belt, as well as a CD, MEQ, released on the Spookhuis label in 2013. Their second quartet recording, 'Looking Forward' was born from a Jazz Tour / Lundis d’Hortense performance. The group has also taken part in the Belgian Jazz Meeting, which has opened doors further afield — in Morocco, Italy, France, and beyond.

In 2018, the Gaume Jazz Festival expressed the wish that Eve gives a solo performance the following year. She triple-double-checked her piano, and the verdict was: challenge accepted! First Eve threw herself into the solo albums which have had the greatest influence on her from her teenage years on: not just Herbie Hancock's The Piano', Thelonious Monk's Solo Monk' or Keith Jarrett's Live in Rio', but also recordings by Paul Bley, Masabumi Kikuchi and Dollar Brand. Then she started writing.

Eve has been composing ever since she started playing the piano – first for trio, then for quartet, then for septet – but never, until now, for her alone! She has been enjoying a voyage of delight and discovery, exploring the richness of the tonal possibilities that are open to an instrument as orchestral as the piano. In her music, Eve seeks out the harmony of contrasts: clashes of vivid colour alongside melodies that warm you from the inside out. Occasionally, of course, she throws in a nod and a wink to her idols, be they Thelonious Monk or… Dolly Parton.

With the support of the city of Leuven
Sponsors: Gorissen, Kapernikov, Valentijn Elsen, Archipelago, Beneo, Triodos, Wildenborgh and UCLL
With thanks to Doekjes en Broekjes, Oxfam Wereldwinkel Kessel-Lo and Welcome Back Victoria Creative Studio. 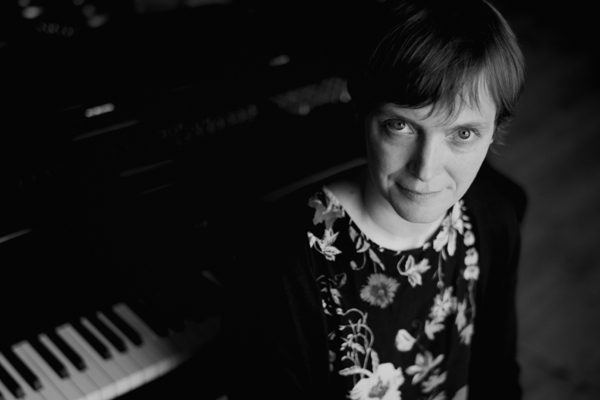